A commission may be earned for purchases made using affiliate links on the website. Learn more. 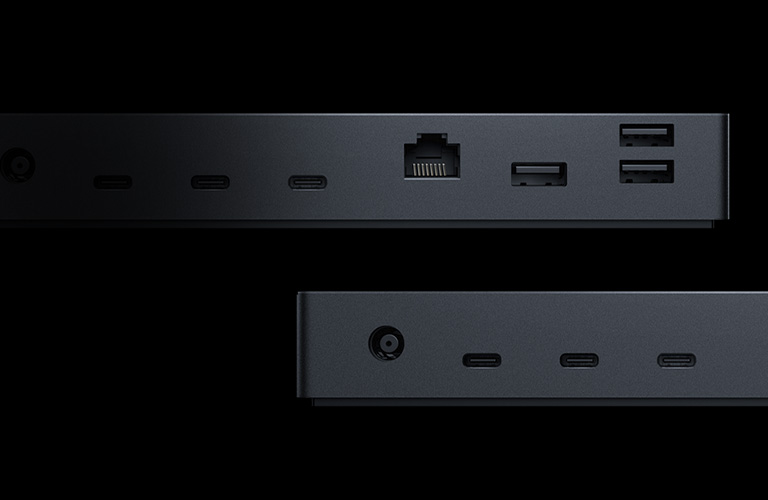 Here is a growing list of Thunderbolt 4 (TB4 or TBT4) docks and hubs intended for desktop/stationary use. Many are based on the Gorilla Creek Godzilla Creek reference PCBs that were co-designed by Intel and Goodway, disclosed in July 2020 and certified in November 2020. All are based around the Intel Goshen Ridge JHL8440 chipset and are backwards-compatible with Thunderbolt-3 (TB3 or TBT3) and USB-C systems.

Because many of these units are almost identical, I’ve added a column indicating the equivalent ODM model. Unless otherwise indicated, all models include these base features:

Except when otherwise indicated, all models include the same base features as the compact TB4 hubs/docks listed above.

Unless otherwise indicated, all docks include:

Best value in Q2 2022? OWC based on sale price, Lenovo, Kensington, or CalDigit based on features.

Devices specifically marketed as USB4 hubs/docks rather than Thunderbolt 4 docks still provide a 40Gb/s link to the host PC, but without the Thunderbolt capabilities such as PCIe tunneling. So external GPUs and speedy storage arrays cannot be used. Per the USB4 specification, a true USB4 hub/dock must include at least one downstream USB4 port that runs at the same throughout as the upstream host connector. Devices without this functionality are technically USB4 endpoint devices with a built-in USB 3.x hub. See the article on the Via VL830 chipset for more info about this device class.

External GPU boxes provide much of the functionality of a hub/dock, but also allow adding a discrete PCIe GPU such as an NVIDIA RTX or AMD Radeon running at PCIe 3.0 x4 speeds (32Gb/s full duplex). No TB4-specific options based on JHL8440 are available as of February 2022, but Thunderbolt-3 (TB3) models based on JHL7440, JHL6540, JHL6340, DSL6540, and DSL6340 are compatible with TB4 systems. Please consult the guide at https://egpu.io/best-egpu-buyers-guide/

Several vendors note that Windows PCs with regular USB-C are not supported. All of these docks will actually work on older USB-C systems but with reduced functionality. In particular, you may only get up to 10Gb/s and a single monitor working. Docks verified to output to two monitors via regular USB-C are indicated in the table. Additional monitors may need MST hubs or USB Video extenders.

Most TB4 docks ship with power supplies that are unable to simultaneously power all ports at their maximum rated wattage. On-board power management splits available power between ports and prioritizes downstream devices over laptop charging. With this approach, attached hard drives, for example, won’t lose power, but the laptop may charge slower than expected when many devices are attached. Where applicable, a laptop charging rate range is provided.

MacOS lacks MST support, so many docks will only work with two distinct monitor outputs even if there are 3+ monitor ports. And in most cases, you’ll need at least one of the monitors connected to a TB4 port rather than HDMI or DP.

In the past, MacOS implemented this a device certification check via hard-coded lists in the IOThunderboltFamily kernel extension which disabled features on uncertified docking stations. Apple updates the lists via MacOS updates – so to get your Dock working, you may need to update to the very latest MacOS version and dock firmware. Some uncertified devices may not have full functionality unless console commands are entered manually.

If you have issues with your Mac, reach out to the post your findings in the comments section below.

Early docks had issues with USB 2.0 devices. Check with your vendor for firmware updates:

If you don’t have monitors with USB-C inputs, you’ll need to get the latest generation of USB-C->DP or USB-C->HDMI adapters. For best reliability, avoid HDMI when possible.

This site uses Akismet to reduce spam. Learn how your comment data is processed.